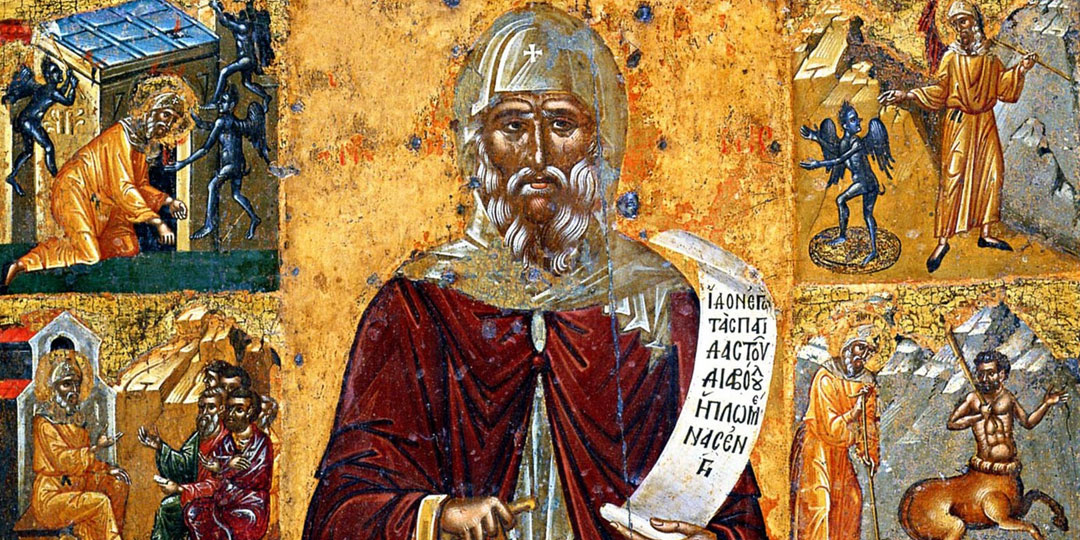 We at 33Knots | Prayer-Bracelet.com want to dedicate a series of post to him. It is said that Saint Anthony is the one who invented the prayer rope we know today. At first he tied simple knots in a rope to count his prayers. But legend has it that after the devil kept undoing the knots and throwing him off his count, he prayed for guidance. It wat then that an angel appeared and learned Saint Anthony how to tie a special knot consisting of seven interlocked crosses that the devil cannot untie and the prayer rope we now hold so dear was born.

Anthony the Great was a Christian saint from Egypt and was a prominent figure among the Fathers. He is even considered to be the first monk, but as his biography and others reveal there were many before him. But however not the first monk he was the first one to go out and travel to unknown destinations to spread the holy word. This together with his biography helped to spread monasticism in Western Europe.

He was born in 285 in Cooma in lower Egypt. He was the son of wealthy parents who died when he was 18, leaving him the sole owner of all the family wealth. In his early thirty’s he started to follow the words of Jesus who said “If you want to be perfect, go, sell what you have and give to the poor, and you will have treasures in heaven; and come, follow Me”. Taking these words quite literally. He gave away some of his family estate and the rest he sold to donate to the poor. After doing so he became a disciple of a local hermit.

Saint Anthony was one of the first to fully attempt to live in the desert cut off from civilization and dedicating himself fully to the hermit lifestyle. And if it wasn’t already enough he even headed out into the alkaline desert region called the Nitria west of Alexandria to stay for 13 years, which was one of the most harsh terrains of the Western Desert.

This is all for now, come back to see our follow up post: Saint Anthony The Great the legend and mystique.

Did you know the prayer rope is called a komboskini in Greece and a Brojanica in Serbia.

Saint Anthony the Great inventor of the Prayer Rope, who would have thought?