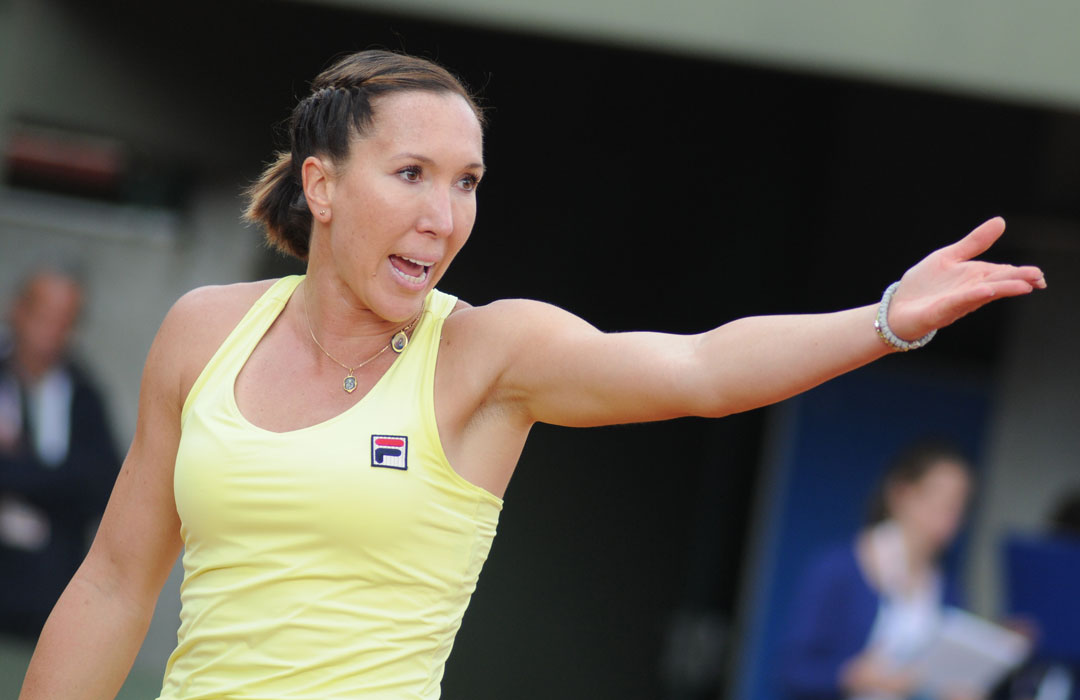 Jelena Jankovic, for the non athletic and those who are not a fan of any sports whatsoever, is a former World No. 1 professional tennis player from Serbia and deservingly so since she has been dedicated to playing tennis and even competing at a young age. And like fellow tennis players Andrea Petkovic and Novak Djokovic, she also wears religious accessories.

Perhaps athletes wearing religious accessories are more common than we think especially since we often see them praying or making the sign of the cross before a match which obviously means that they are praying for guidance and/or victory.

In this photo, we can see that Jelena Jankovic’s choices of accessories are a silver komboskini bracelet (also called a brojanica bracelet) and a simple Orthodox wooden cross necklace.

Komboskini bracelets are very popular among celebrities and athletes and it is also usually the choice of religious accessory to wear because of its simplicity thus making it easy to wear with anything.

However, I have not seen many female celebrities sporting a wooden cross necklace, but noticed that it is quite a common accessory among men. Nevertheless, it looks good on Jelena Jankovic and she even made the wise decision of pairing her simple Orthodox wooden cross necklace with a bright, sunny outfit.

Better take fashion notes from this chic athlete. A simple monochromatic accessory would look way better if you pair it with clothes in bright and cheerful hues; unless of course you are going for a somber look.

Did you know a Komboskini is called a Chotki in Russia?